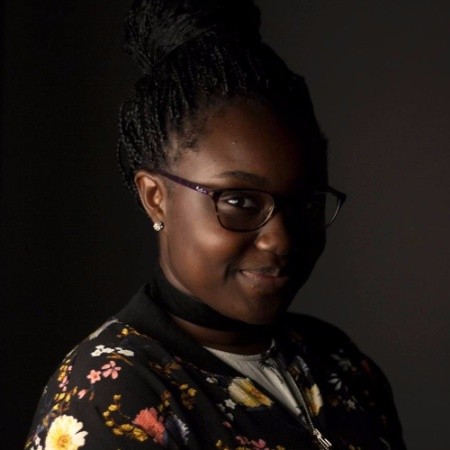 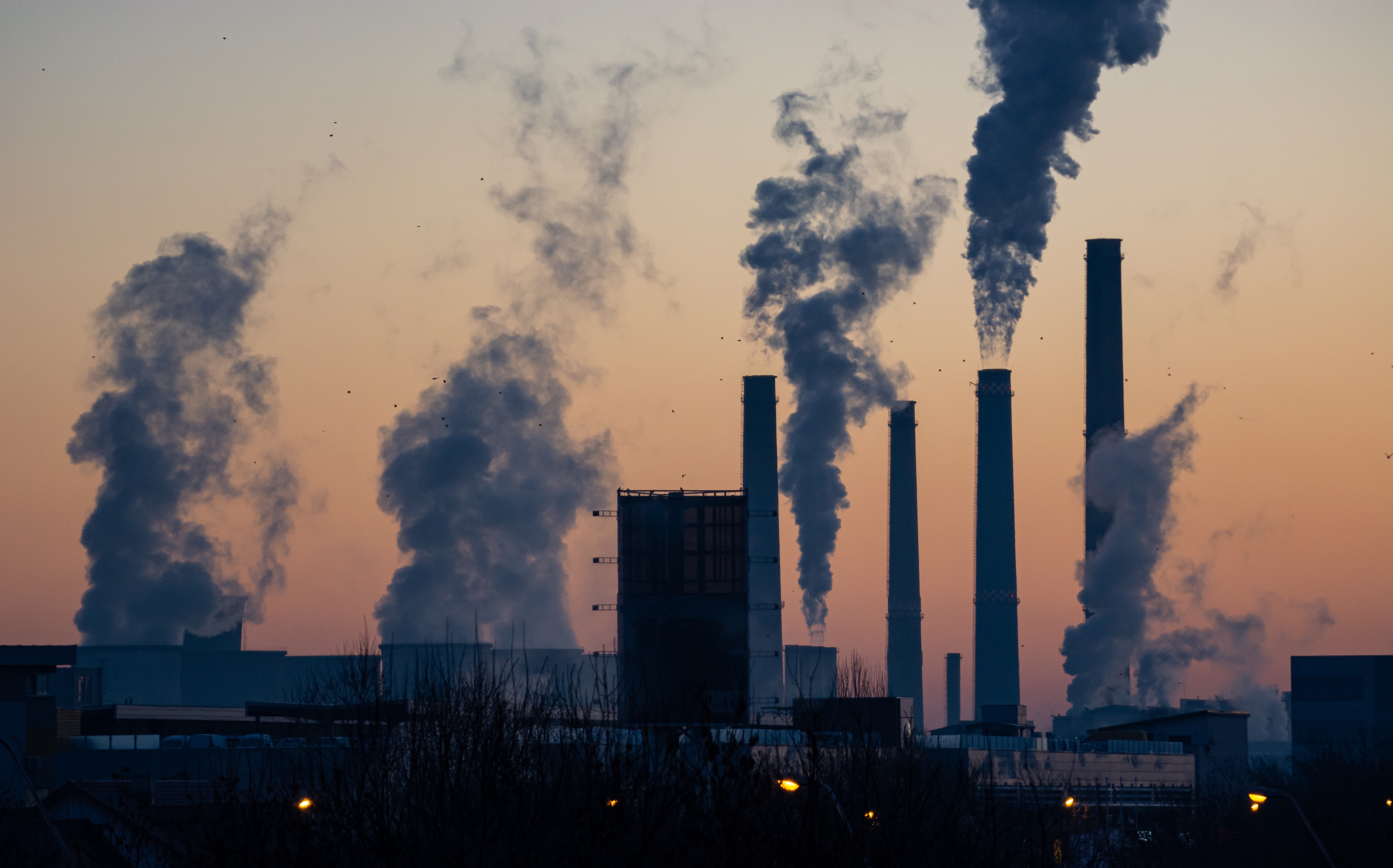 On the 4th of April 2022, the Intergovernmental Panel on Climate Change (IPCC) published its 6th report dedicated to the fight against global warming. And their insights are alarming. Once again, they shed light on the climate crisis and how we are heading to bumpy paths. According to the recent report, we have three years left. Three years left to change our ways of living drastically to ensure that future generations live on a planet that is somewhat sustainable and viable. If we don’t take concrete and direct actions within these three years, future generations will pay the price of our delay and our lack of action.

The expert group wrote that to limit global warming to 1.5 degrees, emissions would have to peak today or at the most by 2025, then fall by 48% by 2030 and 80% by 2040. To achieve this 1.5 degrees goal, we would have to reach carbon neutrality (state of net-zero carbon dioxide emissions) in 30 years.

How did we get here and what technology has to do with it?

Even though many efforts have been made to reduce our carbon emissions, such as promoting soft mobility or closing nuclear power plants, the technology sector remains a relatively abandoned area when it comes to concrete actions to fight global warming.

At first glance, the technology we use on a daily basis does not seem to be detrimental to the environment. In fact, the advancement of technology has helped humanity in various ways such as improving humanity’s overall health, transporting goods and services or helping us in our daily tasks. But the sad story is that… technology is also contributing to the depletion of our blue planet.

In fact, carbon dioxide emissions have risen continuously since the Industrial Revolution to a whopping 39.9 billion tons per year globally. Technology accounts for about 4% of greenhouse gas emissions. How? The growth of electronic waste, the excessive electricity generation of data centers, the use of new technologies such as blockchain, the debris of space exploration, among others, are all polluting factors that have led to this situation.

Deep dive in the negative impacts of technology on the environment

Have you ever witnessed long lines in front of Apple stores after brand-new iPhones have been released? The technological consumerism has been increasing throughout the years and shows how our machines are/can easily be replaced by other ones. The replacement of a machine with another one is not just about human will, machines also have a say in it: that’s what we call planned obsolescence.

Planned obsolescence contributes to the pile of e-waste year after year. According to a 2019 UN report, there were just under 50 million tons of e-waste on the planet. Many types of e-waste contain high concentrations of hazardous materials that can contaminate soils and waters and severely injure humans and animals. Smartphones, for instance, are composed of about 35 materials such as plastic and chemical elements. Iron, copper, lead, for example, are all resources that must be mined. Over extracting the minerals from the grounds can cause severe environmental imbalance.

But it’s not only about quickly replacing existing machines, it’s also about building more performant and innovative ones. As technology is rapidly evolving and is reliant on an enormous amount of data to run, more powerful networks and devices are needed. The solution? 5G!

As 5G is on its way to us, so are new devices, IOT and infrastructures. And with new devices, comes new consequences to the environment and biodiversity.

Studies have shown that 5G radiation could impact biodiversity, as bees could absorb more radiation from the 5G spectrum which could lead to their endangerment. Besides, wireless frequencies could interfere with birds' navigation and circadian rhythms, causing migration issues. It’s only logical to assume that the development of 5G could have unprecedented impacts on our environmental ecosystem.

How technology is the first electricity consumer

"If the internet were a country, it would now rank sixth in the world for its electricity demand.” - Gary Cook (Greenpeace)

The web relies on servers in data centers, massive space used to host computer systems. They are connected with kilometers of cables and routers that need energy to run. And much of that energy comes from coal, natural gas and petroleum that emit CO2 as they burn fossil fuels. Data centers are one of the most energy-intensive building types.

As computer equipment creates a lot of heat, data centers must continuously be kept cold. As a consequence, cooling accounts for approximately 40% of overall energy usage, and the cooling process utilizes chemicals that are hazardous and dangerous for humans and the biodiversity. According to Greenpeace, the technology sector might consume 20% of global electricity by 2025, up from 7% presently. And by 2040, it will contribute to 14% of global greenhouse gas emissions. This can be easily explained by the expansion of cloud computing and the rise of new technologies such as blockchain that relies on a tremendous amount of data to run.

The rise of blockchain technology

Blockchain technology has become the hot bandwagon to jump on. It has revolutionized the technological industry in many ways. Its innovation comes from the decentralization of information as it offers a decentralized database that is shared among different computer network branchings. One of the well-known uses of blockchains is in cryptocurrency systems.

Cryptocurrency has changed online transactions and continues to make waves on the stock market. Where the crypto market comes in is when we bring mining into the conversation as it requires specialized equipment and a large amount of computational energy to digitally validate every cryptocurrency transaction. The same can be explained for the production of NFTs as NFTs, per se, aren’t polluting the environment but its production consumes a huge amount of energy. It has been estimated that NFTs consume the same amount of energy as a month's worth of power for an average EU resident.

Which directives can we take to break the cycle?

As we’ve seen in this article, technology is one of many causes of global warming and its impact is greater than what it may seem. Environmental implications must become more integral in the design, development and deployment of new technologies. It is imperative to review the ways we manufacture, develop, transport and use our devices in order to effectively reduce our digital footprint, and therefore contribute to the decrease of CO2 emissions globally. Hence, the need for more sustainable technology has been brought forward to ensure that the entire process of technological items lessen human impacts on the environment. Sustainable technology could reduce the environmental and ecological negative impacts while also producing long-term devices. One example of sustainable technology is Fairphone. Fairphone is an electronics company that designs and manufactures smartphones with a smaller environmental footprint and a more positive social impact.

Additional efforts are required, particularly in the transition to 100% renewable energy, such as enhanced data center cooling systems, and the re-use of our devices. But change should come at a macro level, led by the big industry players if we really want to bring a significant improvement. If we want to fight climate change and reduce our environmental impact on the earth, damaging effects of our technological production and consumption should be addressed and governmental initiatives should be taken to put the question of ethics forward in the environmental and societal debate.

In our previous article, we have developed the meanings of quotas, the types of quotas that exist and the different ways in which they are being implemented.

In our previous article, we have developed the meanings of quotas, the types of quotas that exist and the different ways in which they are being implemented.